Part of the Meadowlands Sports Complex, the MetLife Stadium is the home to both the New York Giants and the New York Jets of the National Football League. The architects were tasked with the project of designing a venue that would accurately represent both franchises. The Jets favored a modern and sophisticated aesthetic featuring metal and glass, whereas the Giants were after a more traditional look of exposed steel framework and rusticated stone. In order to combine these contrasting looks, the designers used Manhattan’s skyscrapers, and their column/tower as inspiration for the stadium’s construction.

Opening as New Meadowlands Stadium in 2010, the name was updated in 2011 when the insurance company MetLife gained the stadium’s naming rights. At the time it was built, the stadium was the most expensive ever build, with construction costing around $1.6 billion. Since the 2000s, it is the only only NFL stadium that is shared by two football clubs. 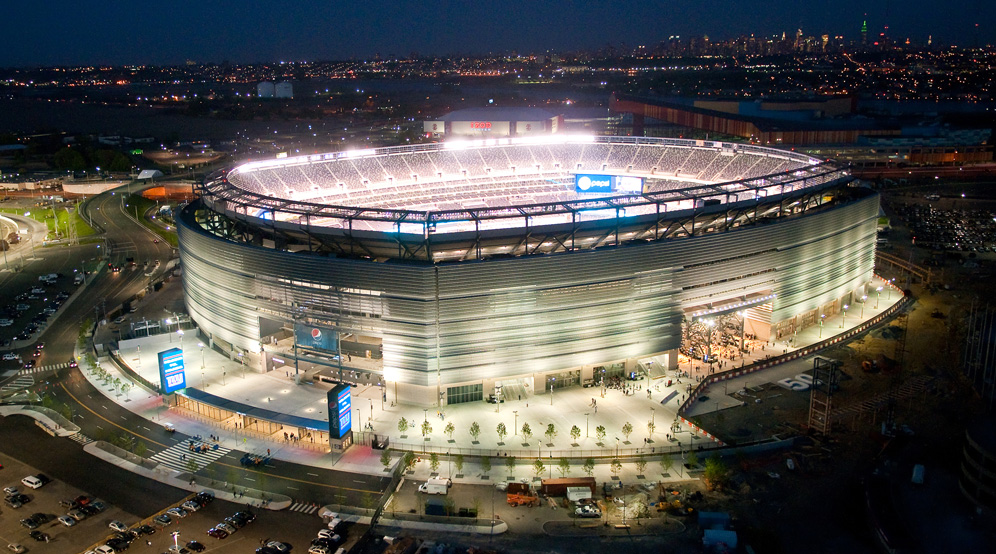 Please see the links below for further information on MetLife Stadium: